SASA Tryouts Continue U15 - U19 Girls

SASA is pleased to announced the dates for girls and boys tryouts for the competitive program 2022-23 season. The cost for tryouts is $20 which includes a t-shirt players will wear during the sessions.

Tryouts will be held at the SASA complex on the following dates. For age groups with two sessions, players should attend both dates if possible.

The detailed schedule is available on https://www.sasasoccer.org/tryouts

High school players have an added incentive to play club soccer for SASA. Check out the information on https://www.sasasoccer.org/highschool

SASA's objective with tryouts is to ensure each player is matched with a team at the right age and skill level. If you have questions about tryouts, contact Drew Lenhardt, SASA Director of Coaching at sasadoc@sasasoccer.org 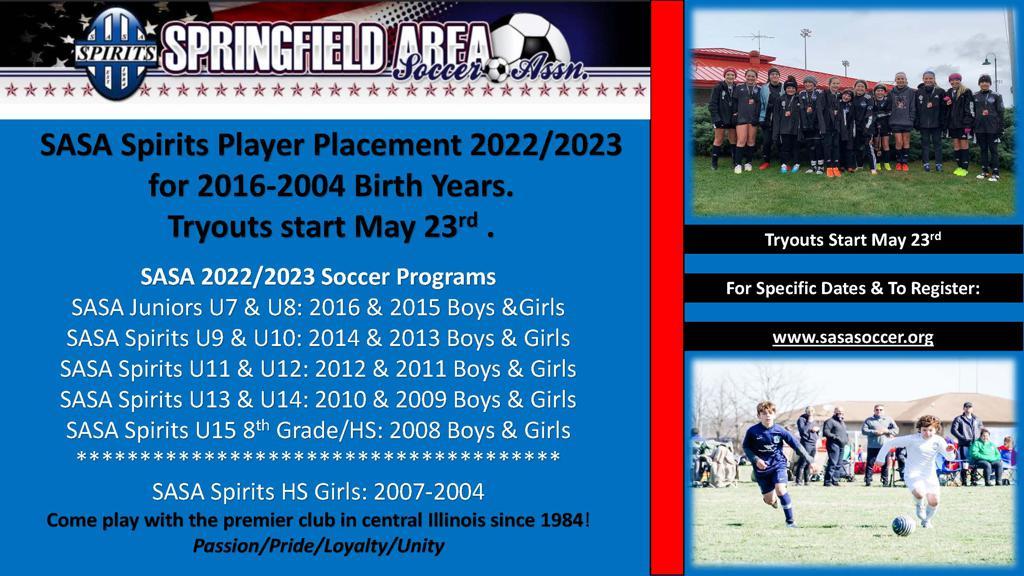