Starting with the 2022-23 season, Eclipse Select Central Illinois (ESCI) will be changing its name to Central Illinois United (CIU). This change is part of a consolidation effort and being made as we are excited to announce that our girls have been accepted to compete in the Girls Academy beginning this fall.

The Girls Academy, like ECNL, is a national platform, but for US Youth Soccer and aligned with MLS Next on the boys’ side. It consists of 80 member clubs and is committed to cultivating an environment that empowers each player to reach their best potential as an exceptional athlete and human being by celebrating the player’s journey with a lifelong love of the game through competition, showcases, and camaraderie.

The Girls Academy:
· takes pride in recognizing that the players’ voice matters and gives them an active role in shaping the direction of the league.
· allows players to participate for their high schools
· uses less restrictive substitution rules in an effort to encourage clubs to get better utilization of their player pools

“Having gone through the process and meeting with Girls Academy leadership, we were impressed with their long-term vision of what girls soccer will be going forward, said Mike Matkovich, technical director for CIU. They’re doing things the right way and we’re thrilled to be a part of it.”

Our girls were part of some of the top teams in Illinois this past fall, with two State Cup champions (2003, 2007), one finalist (2005) and one quarterfinalist (2006) as well as 2008s and 2009s (competing this spring).
ESCI, like CIU, is an initiative co-sponsored by FC Central Illinois (FCCI), Peoria FC United (PFCU) and the Springfield Area Soccer Association (SASA). Playing under the Eclipse brand was primarily about entry into ECNL regional. This move (including the name change) allows the organizations to consolidate efforts, bringing a level of consistency to both programs.

“After running these two programs separately for a year, bringing them together just made sense on a number of fronts,” said CIU president and founder Edgar Sandoval. “We’ll be able to make better use of resources and take advantage of some natural synergies that exist between the two programs.”

Both the boys and girls programs will be led by Matkovich, with support from Drew Lenhardt and Jason Pena. Mike's storied soccer background includes stints with the MLS’ Chicago Fire and Columbus Crew and the U18 US Men’s National Team.

Central Illinois United was originally started in 2014 to give the top players in the region the opportunity and compete against strong competition from around the country with a goal of getting them exposure to colleges. Dozens of players have signed to play in college, including twenty at the Division I level.

As we are just beginning to bring Eclipse Select Central Illinois under the Central Illinois United banner, the transition will take some time and you might still see some things branded Eclipse in the short term. Our goal is to be in complete alignment by the start of the fall season. 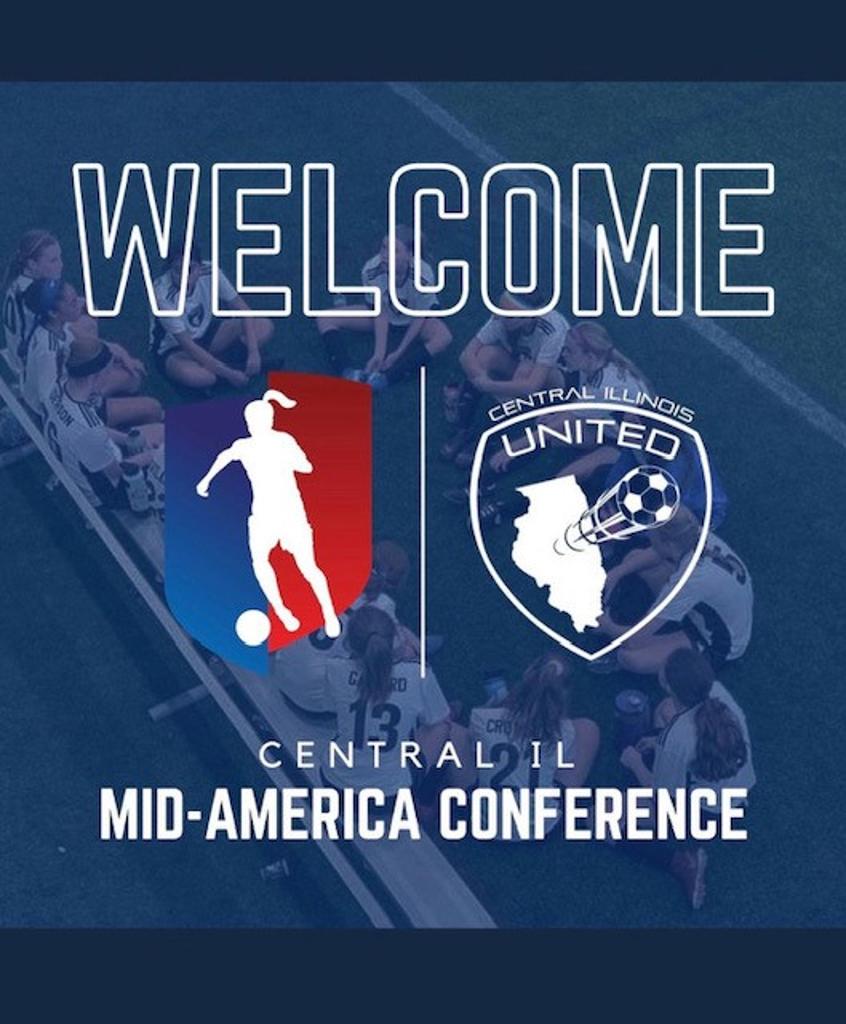 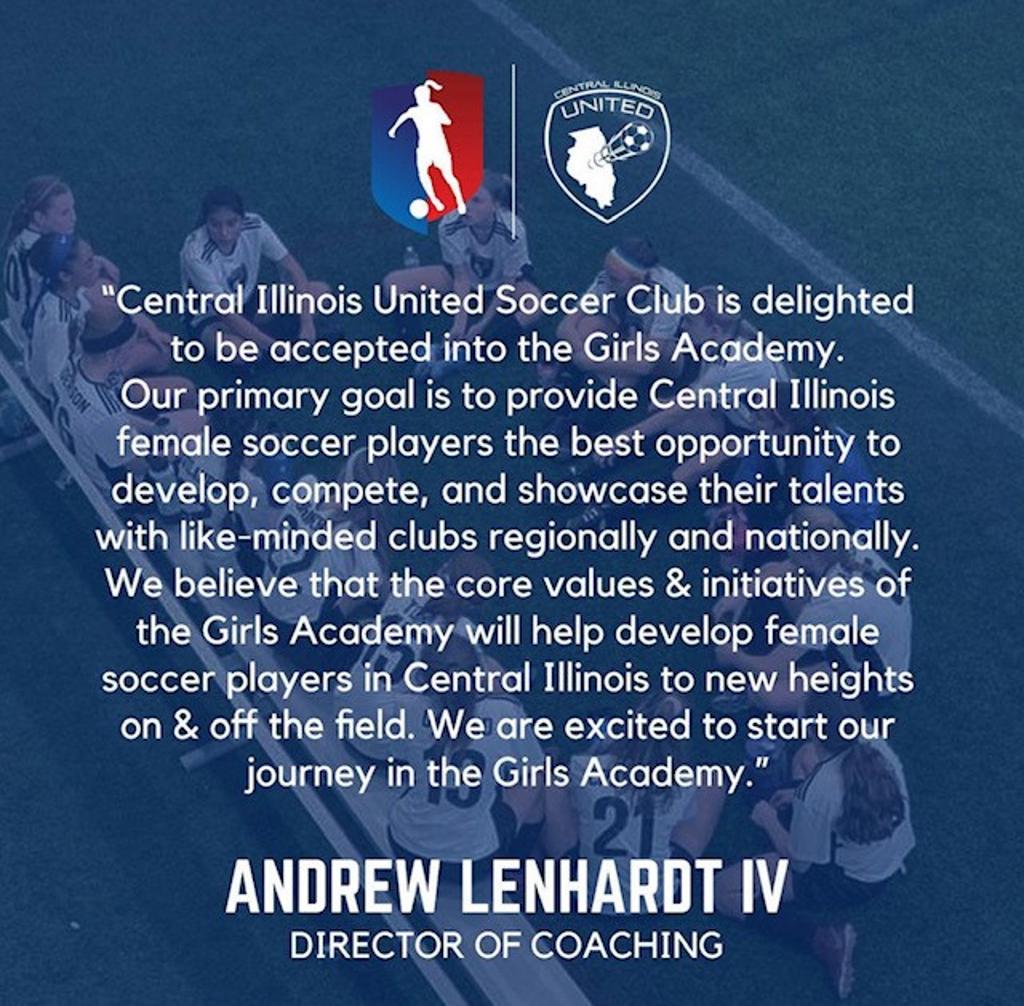 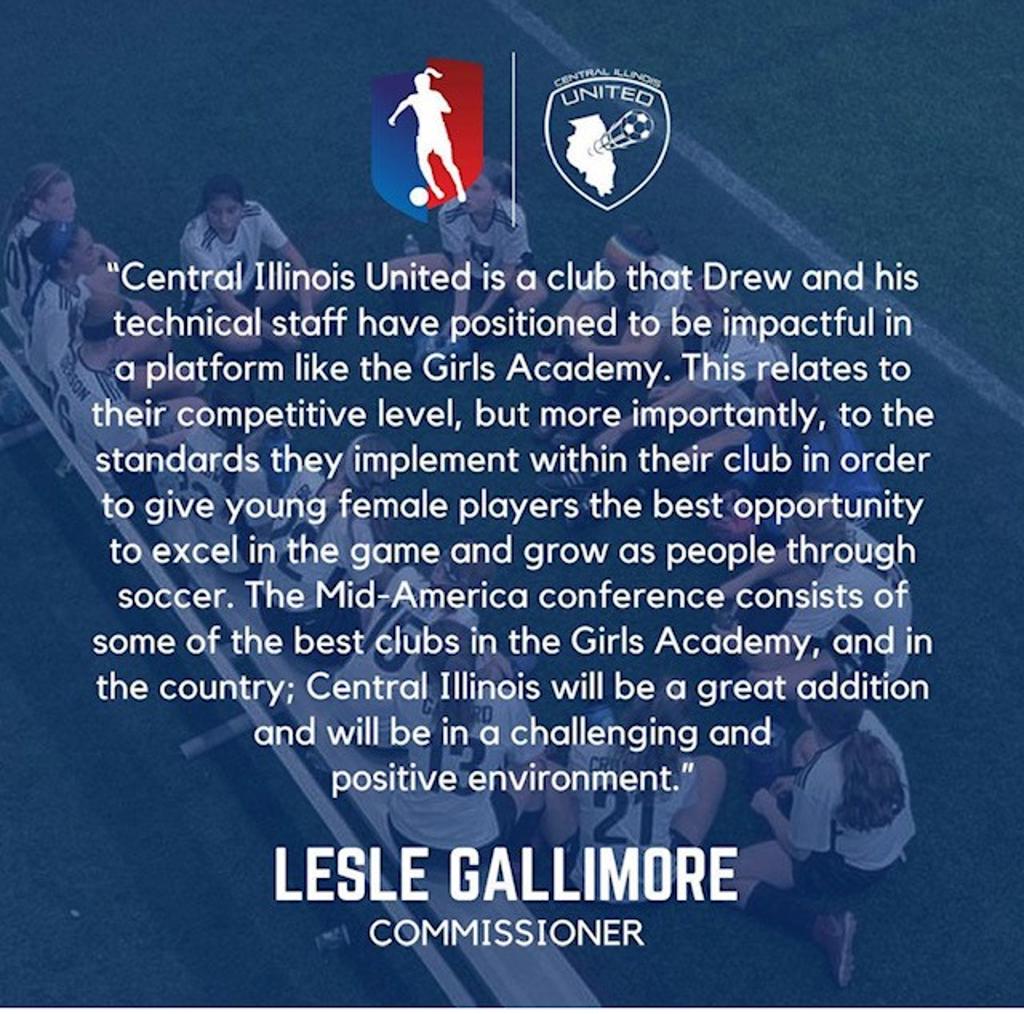