Wednesday, October 09, 2013 Springfield, Ill.~
SASA Spirits Night is coming to Bulldog Soccer! Join us on October 16th as BenU Springfield takes on AMC foe Hannibal-LaGrange at SHG Sports Complex. Fans wearing their SASA Spirits gear will receive one FREE admission to both games on Wednesday the 16th. The women's team will take on the Trojans starting at 6:00 p.m., followed by the men's game at 8:00 p.m. Hannibal-LaGrange's men's team is currently tied for 14th in the nation in the NAIA National Rankings. Both games will be played at SHG Sports Complex, located at 1200 West Washington behind the West Campus building. If your team is interested in participating during the game, please contact Head Coach Drew Lenhardt at alenhardt@ben.edu or (217)525-1420 ext.3251. for more info: 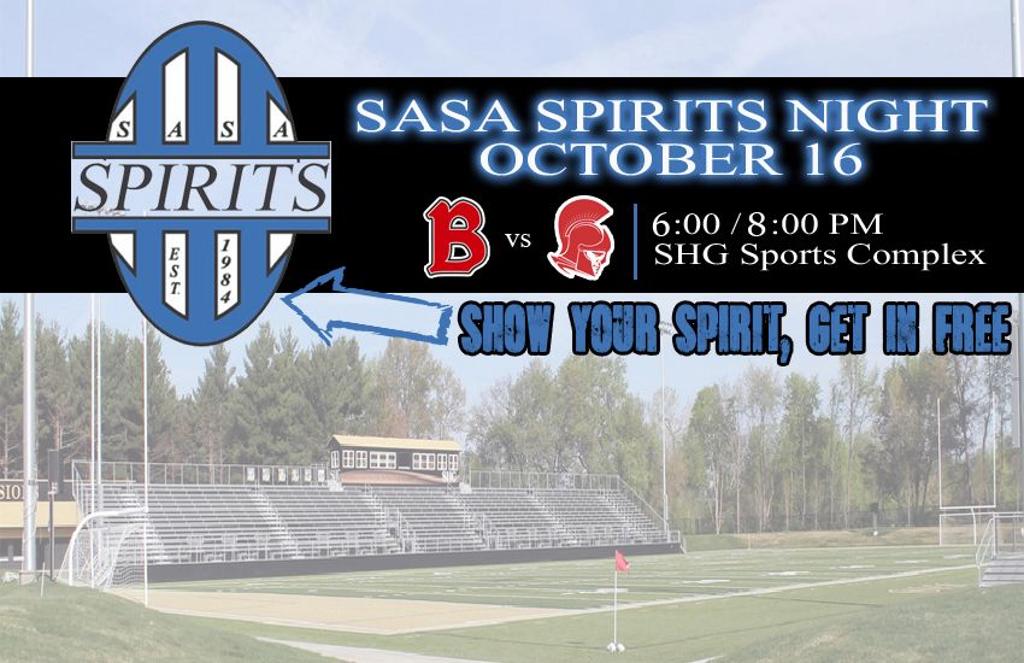